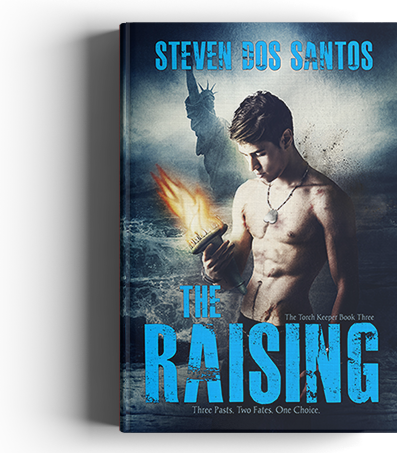 Once a humble orphan existing in the shadows of the brutal Establishment, Lucian “Lucky” Spark has evolved from lone vigilante to “The Torch Keeper,” a fiery symbol of the valiant resistance. Lucky now leads the heroic fight to restore justice and liberty to the downtrodden survivors of a world devastated by geological catastrophe and tyranny. But as the Torch Brigade prepares to launch a final, desperate gambit against the ruthless forces controlled by his former companion, the mysterious Cassius Thorn, Lucky struggles with the secret of his own true identity. Is he the spark of hope destined to unite a nation and finally end this destructive crusade? Or is he truly the dark catalyst of the past, intent on reducing the remnants of humanity to smoldering embers? With the fates of his brainwashed brother, Cole, and genetically transformed love, Digory Tycho, caught in the crossfire of epic war, Lucky’s final choice may have apocalyptic consequences for an entire world. 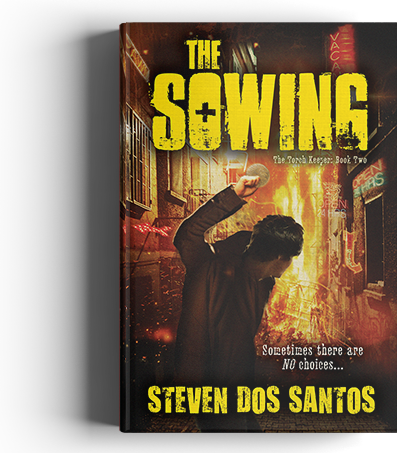 Sometimes there are NO choices…

Lucian “Lucky” Spark leads a double life. By day, he trains to become one of the Establishment elite. At night, he sabotages his oppressors from within, seeking to avenge the murder of his love, Digory Tycho, and rescue his imprisoned brother. But when he embarks on a risky plot to assassinate members of the Establishment hierarchy, Lucky is thrust into the war between the Establishment and the rebellion, where the lines between friend and foe are blurred beyond recognition. His only chance for survival lies in facing the secrets of the Sowing, a mystery rooted in the ashes of the apocalyptic past that threatens to destroy Lucky’s last hope for the future.

Who Would you choose?

Recruitment Day is here…if you fail, a loved one will die For Lucian “Lucky” Spark, Recruitment Day means the Establishment, a totalitarian government, will force him to become one of five Recruits competing to join the ruthless Imposer task force. Each Recruit participates in increasingly difficult and violent military training for a chance to advance to the next level. Those who fail must choose an “Incentive”—a family member—to be brutally killed. If Lucky fails, he’ll have to choose death for his only living relative: Cole, his four-year-old brother. Lucky will do everything he can to keep his brother alive, even if it means sacrificing the lives of other Recruits’ loved ones. What Lucky isn’t prepared for is his undeniable attraction to the handsome, rebellious Digory Tycho. While Lucky and Digory train together, their relationship grows. But daring to care for another Recruit in a world where love is used as the ultimate weapon is extremely dangerous. As Lucky soon learns, the consequences can be deadly…